This one is a very personal project. A few weeks ago, I had ideas for a handful of children’s stories, each of which featured one of my four sisters.

Probably got a little carried away. I borrowed a book of old family photos and did illustrations of each girl, printed them up, bound them in sort of a homemade way, and presented them to the girls this past weekend.

We had a sleepover planned with all five girls + Mama, and it worked just so sweetly that I was able to give them all their books at the same time. Now that the recipients have seen them, I thought I might share them here on the blog. You may not enjoy them quite as much as a family member would, but then again… you might.

You know something? I would recommend this kind of an exercise for anybody. Nothing stirs up natural, warm, sisterly affection like turning your heart and mind towards a sibling to remember them when they were young.

And my heart is just extremely full of natural, warm affection for my sisters right now. That’s all I can say about that without gushing. I love my sisters! Look at these photos below and you’ll see why…

Once upon a time, there was a little girl named Emma. Emma had very soft blonde hair and very blue eyes, and a little blue birthmark next to her mouth. She had round cheeks and bangs on her forehead.

Emma liked dogs very much. She liked that they were loyal, and kind, and very very smart. One day, when Emma was still very small, she got confused and began to think that she was a dog. Nobody knew how she got confused (because she was actually a little girl); they just knew that it had happened.

From then on, Emma acted just like a dog.

She ran around on her hands and feet, just like a dog with his paws. Because she was going around on hands and feet instead of hands and knees (like most children do when they pretend to be animals), she could get around very fast.

When her family was eating their dinner, sometimes she would come galloping through the room, and she would get clean through and out the door in just a few seconds. It was very amazing.

She would bark like a dog, too. When her mother asked her to go upstairs and get in the bath, Emma would just whimper like a dog and bark a few times. This signified ‘no’, but her mother didn’t understand it, so Emma had to have her bath anyway. Emma shook her head like a beagle and made very sad eyes as she was taken upstairs.

She would also sleep like a dog. She curled up into a little half-moon shape, in corners and on couches and in her bed, and sort of burrowed into the pillow. 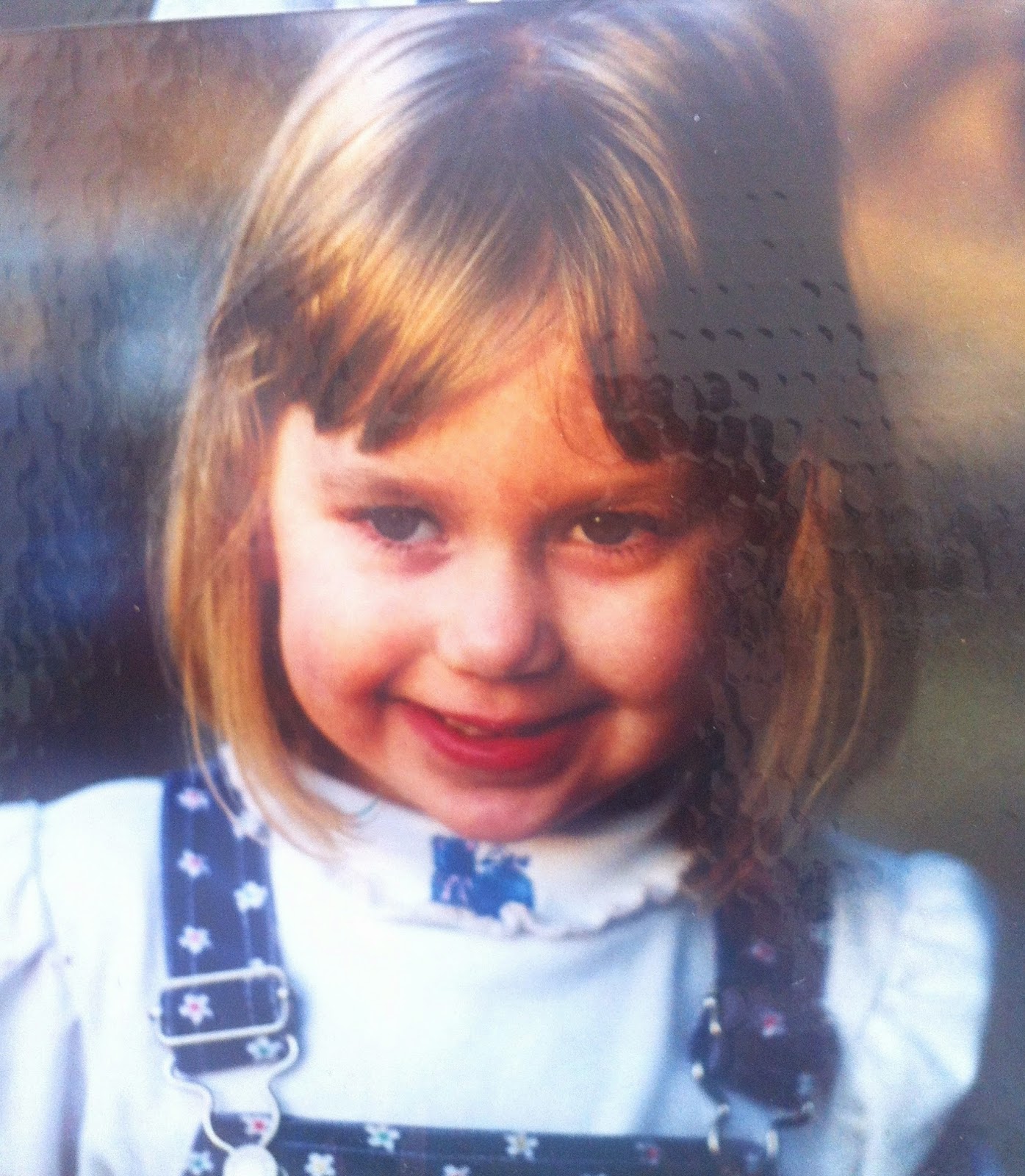 Her family tried over and over again to tell her that she was a little girl and not a dog, but she would have none of it.

Little by little, when Emma was a little bit older, she stopped being a dog. But nobody noticed.

One day when she was even older still—almost a grown up—Emma was getting ready for school one day. She came downstairs for breakfast where her family was, and she had brushed her hair back from her face. She didn’t look like a dog at all. In fact, she looked like a blonde and pretty young lady.

“Hey,” said one of her brothers suddenly. “Emma doesn’t act like a dog anymore!”

And they all looked at her. That was when they noticed something.

Emma was loyal, as loyal as a dog. Emma was kind, as kind as a dog. And Emma was smart… much smarter than the very smartest dog you ever met. Smarter than most people.

“Well,” they said. “Maybe she just kept the good parts.”

And it seemed certain that she had.

Emma is now 17 years old. She will graduate from high school next year.

Once upon a time, there was a little girl named Phoebe. Phoebe was a very small girl, with little tiny bones and little tiny feet and little tiny brown curls all over her head. The only thing about her that wasn’t tiny was her eyes.

Her eyes were very big hazel ones. Strangely, even though they were very big, they couldn’t see very well. You would think that big eyes would be very good at seeing, but that is not always the case.

One of her eyes was lazy, too. This doesn’t mean that her eye liked to hang around on a hammock and drink out of a straw and leave dishes piling up in the sink. It means that no matter what little Phoebe was looking at, one of her eyes inched… drifted… and twisted inwards towards her nose.

So even if one of her eyes was pointing at a puppy, or a book, or her mother, the other one was always pointed at her own nose.

Phoebe’s Papa and Mama didn’t know what to do to help Phoebe see. They bought her some round little glasses, with a rubber frame to stay on better, and big, fat lenses.

She threw them in the well. 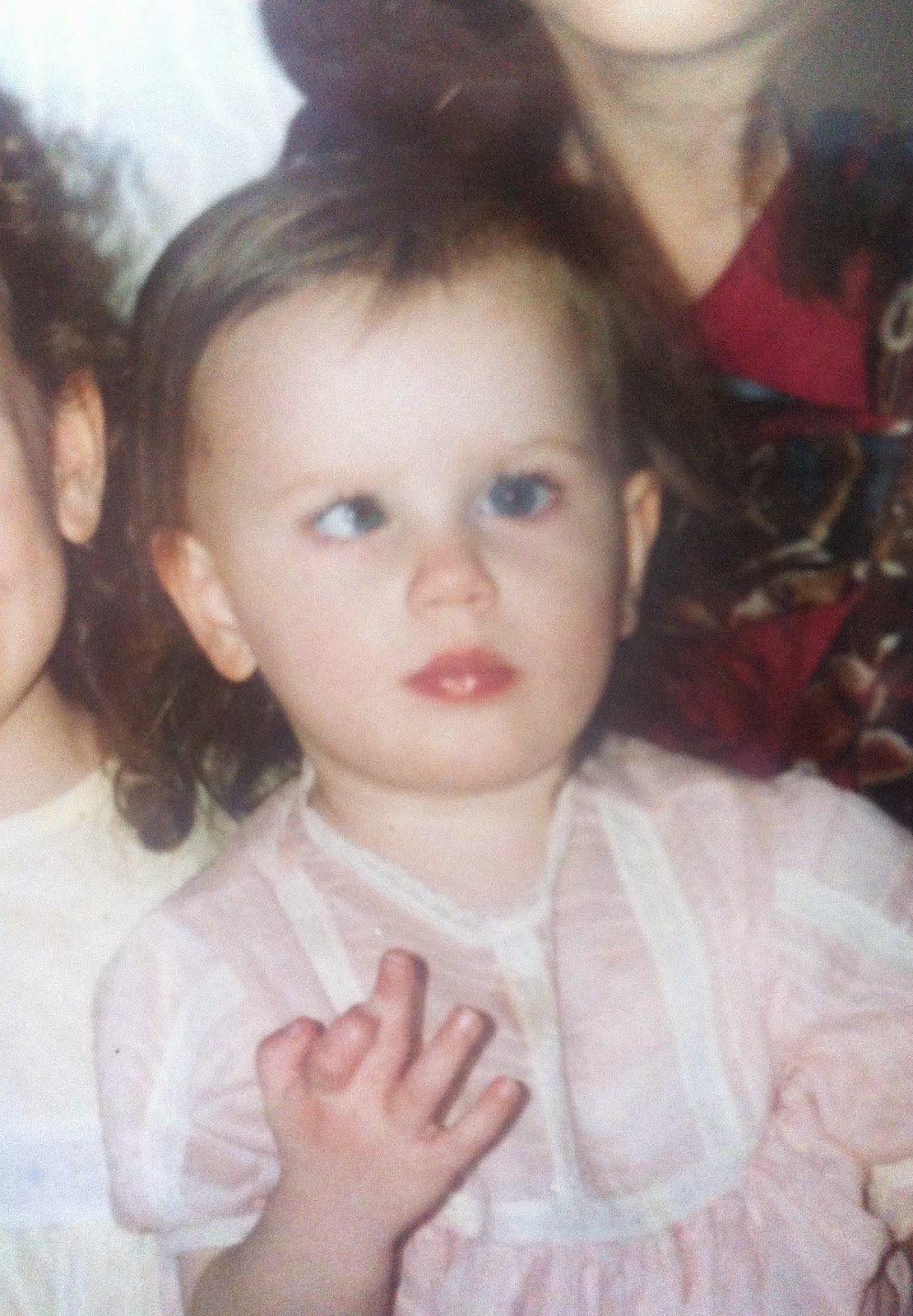 They made her do exercises, where she had to wear a pirate’s eye patch and look very hard at things that were moving around.

They took her to the doctor, who told them that maybe a surgery would help Phoebe’s eye to stop pointing at her nose.

When Phoebe got a little bit older, she started to wear her glasses and not throw them down the well. She did the eye exercises, because she didn’t want the doctor to get her and take her in to surgery.

But still, she didn’t have very good eyes. Everybody knew it.

One day, when she was even older still—almost a grown up—she sat down in her room and picked up a guitar that she found there. She hummed a little tune. She thrummed a few of the strings. Then, she wrote a song. She put words to it.

“Now what’s the use of preaching to your brother
Acting just like you’re his mother
Not so nice, it’s not so nice
When you don’t take your own advice
Not so nice at all
Not so nice…” the words said.

And when she sang the song, everybody found out something for the first time.

Phoebe, who had such very big and very bad eyes, could actually see things that no one else could see at all.

Phoebe is now 21 years old. She is married to Danny Deffenbaugh, and is a musician at The Vespers.

Once upon a time, there was a little girl named Callie. Callie was a very unfortunate girl, with whom anybody could sympathize. She’d been born into the Cryar family. The Cryar family was very strange—everybody in it liked to cry.

But not Callie. Nobody had seen her cry since she was a little bitty baby (and even that time can’t be proven, based on spurious evidence).

Callie thought it was silly for people to cry like that. So she crossed her little arms and tossed her pretty straight brown hair and refused to cry ever again. “No, no, no,” she said.

She didn’t cry when her little dog Tippy-toe was lost forever.

And she didn’t cry when she fell off of her bike and made a big hole in her leg, the size of a baseball.

And she didn’t cry when boys made fun of her at school.

One day, when Callie was getting older—almost a grown up—she met a boy named Reed. Reed was very nice to her. He said nice things to her, and he bought her food, and he tried to hold her hand.

“No, no, no,” Callie said. She crossed her arms and tossed her pretty straight brown hair. So finally, after he was nice for a while longer, Reed went away.

Callie sat down in her bedroom and thought about it for a while. Her chin began to wobble. Something wet started coming into her eyes.

And that is what she did.

When it was over, she dried her eyes. “Well,” she said. “That wasn’t so bad after all.”

And when Reed saw that Callie had cried, he knew that it was all right to be nice to her again. So he was.

Callie is now 23 years old. She is married to Reed Pittman, and is a musician at The Vespers.

Once upon a time, there was a little girl named Sophie. Sophie had curly hair and the biggest lips of anyone in her neighborhood.

Sophie was a good talker, and sort of bossy.

She bossed her little sisters.

She bossed the dog and the cat.

She bossed the children next door, even if they weren’t in her yard.

And when she was done bossing, she would go inside and put a tape in the tape player. (Tapes are like an iPod that only hold 10 songs. That was all they had when Sophie was a little girl.)

She would look around to make sure no one was nearby, and then she would listen to the words that the lady on the tape was singing, and she would sing with them.

She would make her voice sound just like the lady on the tape. Even though she was just a little girl, she could do that. It was very amazing. But no one knew that about Sophie. They just knew that she was bossy.

When she got a little bit older—almost a grown up—she bossed the people at her job.

She bossed her own self… although she never would listen to it.

She even tried to boss her husband… although he never would listen to it, either.

Then one day, she found out that she wasn’t the boss. There was a very very big big Boss that she didn’t know about, until he picked her up by the shoulders and kissed her on the forehead.

And Sophie was very happy. She was so happy, that she started to sing. She sang and sang and sang. She taught other people how to sing, too.

And the big Boss liked to hear her sing. “I Am the boss of you,” said the big Boss. “And you should keep singing.”

So that’s exactly what she did.

Sophie is now 28 years old. She is married to Jordan Shear, and is a vocal coach at Sophie Shear Vocal Studios.

1 thought on “The Sister Books: children’s stories for girls I love”