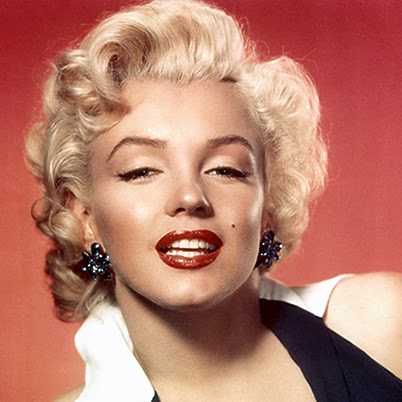 Today I’m going to tell you the story of the time my father and I tried to get into reality television. It’s a grim and a strange story, but I think you can handle it.

In 2008, when I was fresh out of college, my father got wind of an audition coming to Nashville. It wasn’t being advertised except among industry people, for some reason. I suppose they were targeting all the unemployed and slightly desperate songwriters that tend to pool in the cracks of Music City.

The show was called Jingles. Supposedly, CBS reported, a producer had decided to combine the concepts behind The Apprentice (remember, this was 2008) and American Idol. Contestants on the show would be creating ads for real products, and they would do it in teams. They’d audition as a team and compete as a team, and every week, they’d have to write and perform new assignments for a live audience.

Well, for some reason, my father and I were able to talk each other into thinking that this would be a good thing for us to get involved in.

We’ll be a team! A father-daughter team! We’ll call ourselves The Cryars!

We had a week or so to prepare, so we set about writing our three audition pieces. The audition packet said that we needed to write two jingles. One was supposed to advertise ourselves as a team. The other was for a fictional product, which we could pick off of a provided list. We picked some kind of feminine sounding razor brand.

Now here’s something you should know, before I tell you about how we approached this razor jingle: A little-known fact about me is that I can do a pretty decent Marilyn Monroe impression.

Everybody has one random and useless talent. Some people can burp the alphabet. Some can do three cartwheels in a row. I can sing like Marilyn Monroe, when pressed, and when I haven’t eaten dairy or citrus in 24 hours. Not look like her. Not act like her. Just sing like her.

So I went out and bought a dressy looking dress and a blonde wig, and put on a lot of makeup and we wrote the razor ad to sound like a Marilyn Monroe song.

For our team jingle, we prepared a rap, just to shake things up a bit. My part went something like this:
My name is Tilly; you can call me Short-T/ well, if you want to, you can call me Tall-T/got my degree but I ain’t got no money/ (My dad: “but don’t buy her drinks, ‘cause she’s still only 20”)/. Don’t you be hatin’ just because we so white/ cuz we so wh-wh-wh-white, we reflectin’ the light/ see, I got it from him, and he got it from his folk/ it’s hereditary, so don’t fix it; it’s not broke.

I don’t remember Papa’s part, which came next.

So we showed up on the sweltering day of the audition. We were crammed into a room with a lot of music-y looking people. A woman with a huge harp was in line in front of us; a couple of guys with dreadlocks were in line behind us. When our turn came, we went into a large enclosed room with a couple of guys in black glasses watching.

They told us to just go ahead, so we lurched forward into the Marilyn Monroe bit. My dad played the ukulele and sang backup. From there, Papa started into his personal version of beatboxing, which, if I am correct, is the name for that thing where guys make sounds with their hands and mouths to imitate a hip-hop beat. Then we rapped, and I think that I also beatboxed a little when it was his turn to rap, and then we stood silently before them, blinking in the light.

The most amazing thing about this story is that they called us back after something like that.

But they did. And we went back. We did the same ridiculous thing over again, and added another jingle they asked for, about tires or something.

A week later, we got the call. We were in! We’d been asked to fly to LA for the next-stage-of-whatever-happens-next, and they mailed us a contract that was about two inches thick.

Well, naturally we were a little surprised by this turn of events, and were each thrown into a few days of deep inner conflict. Do we actually want to be on a reality show? What about our normal jobs? Here’s something else that bothered us: the contract had a whole lot of suspicious phrases about how we’d have no right to protest about how they used images of us, and they could set up cameras anywhere, with or without our knowledge, and we couldn’t talk to family or friends for the eight weeks of show filming. But another question loomed even larger in our minds:

Do we want to be those kinds of people? Do we want to sell our privacy for this genre of television?
The prize was something like a million dollars or a job at an ad agency; I don’t remember. In the end, we decided it wasn’t worth it. We declined.

I never saw that show hit the air. It must have fizzled—I don’t know if it fizzled after they shipped everybody out to LA or before. I don’t know if they shot a few episodes and realized it wasn’t working. I don’t really know what happened to Jingles.

I’m just glad, in retrospect, that I wasn’t there to see it.

—–
I’ve wondered, before and since this experience, exactly what a Christian’s role should be in cultural phenomena like reality TV.
I remember a guy going on Survivor very early on, when the idea of the show was still new and exciting to people. He was a Christian, and it was clear, from the one episode I saw, that they’d cast him as a sort of caricature piece. They’d cast the Tough Old Man, the Flirty Girl, the Spiritually Open-minded Woman, and the Christian Guy. And it was ridiculous; nobody watching him could take it seriously that he was on this show ‘to bring glory to God’ and that he had these sort of arbitrarily chosen ethical standards, which quickly led to his being kicked off the show.
Even as a 12 year old, I couldn’t understand how this was really a thing one should do in order to ‘bring glory to God.’ What part of placing yourself in a silly or even morally compromising situation in front of a TV camera, knowing that they will be free to manipulate your behavior, your image, and in short, your message, is a boon to your Christian witness? Would winning Survivor really bring glory to God in the sense that Christian Guy meant it to?
Now of course, reality TV comes in a lot of shapes and sizes. Some of these shows are necessarily going to place you in compromising positions–Next Top Model does that, in my opinion, and something extreme like Temptation Island obviously does, and the Bachelor pretty clearly does (we remember that one guy who displayed his remarkable Christian faith by dating literally dozens of women, in front of a camera, and then insisting on only making out with the final two, in front of a camera, instead of going the traditional route and spending the night with each of them). Others are not as clearly problematic–American Idol, probably, and Say Yes to the Dress.
This is not a call for Christians to stay off of stages and hide from cameras, to avoid show biz, or even to avoid any situation in which they will look silly. We aren’t here to take ourselves too seriously, and we aren’t here to hide our lights under bushes. And guess what? We’re going to look silly. We’re going to be cast, even if we don’t sign up for reality TV, as the bigots and half-wits and hypocrites of the world.
But are we really here to promote ourselves the way the world is accustomed to doing? Are we really going to kid ourselves that we could play the game and not be changed by it? Do we really think that our witness to the Lord’s fame was intended to stand under the pressure of pride that comes with being called an ‘American Idol’?
I recognize that not all public life is harmful. There are lots of arenas of public life that Christians should be charging into with swords raised.
Reality is unique in the way it invades privacy, promotes inanity, and re-tells stories falsely. But it’s also sort of a dying trend, you’ve noticed. I don’t currently own a TV, so I’m not sure what’s playing right now, but I have an impression that networks are straying back into scripted waters.
So maybe reality TV is not the conundrum for Christians that it was ten years ago. While we wait for the next crazy trend, we can cultivate our personal policies to be ready for it. We can prepare to be the sorts of people who respond wisely to real opportunity, and to see foolish ‘opportunity’ for what it is.
Bet on it: we will have pressure enough in this world to be shamed out of our integrity. Let’s strengthen ourselves for the moments that count, not walk like idiots into moments that do not count for longer than 15 shallow-fame minutes.
﻿
——
(Visited 46 times, 1 visits today)