[This is an edited copy of an email I wrote to a friend several years back. Names have been changed to protect the recipient’s privacy. We had both recently read Tim Keller’s book The Reason for God, because Kathy was doubting her faith.] 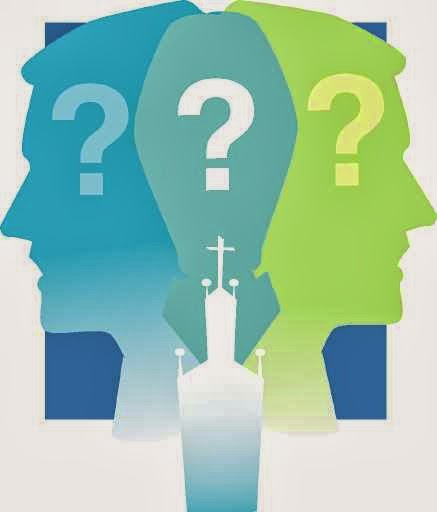 Earlier today I obtained a copy of Mr. Keller’s book from the Putnam County Library so as to be able to discuss your questions more accurately. Considering the particular questions that seem to be sticking with you, I urge you to consider these points especially:

I just finished re-reading Keller’s Introduction, and it seems to me that your interpretation is correct–it takes as much faith to doubt as it does to believe. But this is true precisely because doubt is belief. As he says on page xvii, “All doubts…are really a set of alternate beliefs.”

Keller is saying that in a real sense there are no doubters.  There are only believers. No one believes nothing, because even nothing is something! To doubt A is to believe B.

For example, if I say, “The Bible cannot be God’s infallible word to humanity because there are many books that make this claim and they all contradict each other,” then I am also saying, “God (if he exists) is not capable of clearly communicating his mind to human beings.”

In return, Keller would urge me to ask, ‘What evidence do I have for believing this?’ Even for you and me, communication is possible. You can talk to me, share your thoughts with me, and I am able to hear you, understand you, and share my thoughts with you in return. And this is wonderful! Now, as you and I both know, communication is not always easy. We often misunderstand one another. Lines get crossed, feelings get hurt, lies get told, and stories get repeated and exaggerated. Communication can be difficult, but it is certainly not impossible.

If you and I, then, as mere human beings, are capable of communicating our thoughts accurately to each other, then should it surprise us if God is also capable of accurately communicating his thoughts to us? Especially if, as he claims, we are made in his image? Should we be surprised that he is in fact the Master Communicator?

2. Just because people disagree about something doesn’t mean it can’t be true. There isn’t a single statement made in the history of the world that hasn’t been disagreed about.

Suppose I say, “We cannot know truth because there is so much disagreement about it.” By saying this, I am also saying “If truth existed, everyone would agree on it.” Again, Keller would challenge me to a) acknowledge my own alternate belief, and b) consider whether or not my belief is true.

Is it possible for something to be true even though millions of people disagree with it? If so, why would so many people refuse to believe something that was true? Does the Scripture address this question?

It does, and it seems to hold that man is capable of darkening his own mind with falsehood.

3. It’s not actually humble to say that man is meaningless.

When I was at Vol State I took a geology class. For extra credit, I read and wrote a review of a book called Rocks of Ages by the paleontologist and agnostic Stephen Jay Gould. In one section of that book, Gould discussed this question: Considering how huge the universe is, how much (or how little) do human beings really matter?

He even quoted David’s question, “When I consider your heavens…what is man, that you are mindful of him?” (Psalm 8:3-4) David’s answer to this question was, “Yet you have made him [man] a little lower than the heavenly beings and crowned him with glory and honor. You have given him dominion over the works of your hands; you have put all things under his feet…” (8:5-6).

Gould, however, regarded the Psalmist’s answer as an example of how we arrogantly think that we matter so much when we really matter so little. Gould felt that his own answer to that question was a much more humble answer: that man was really just a meaningless accident in a huge universe without any purpose. According to Gould, man was ultimately no more important than anything else, and he ought to humbly admit it.

Admittedly, at first glance, Gould’s view appears to be very humble. You and I are nothing! We don’t matter at all! We are not the beloved objects of some God out there!

But, when you think about it, this means that Gould and you and I are free to do whatever we please. There is no one to tell us what to do. By appearing to bring man down to a humble position, Gould has effectively exalted mankind (including himself) to a position of final authority. This view places you and me in the same position that Scripture places God in.

Such a view may be a lot of different things, but is it really humble?

4. Belief is not for the weak.

Keller is urging us to “doubt our doubts.” Perhaps I believe in absolute truth simply because I am weak and cannot live with uncertainty. But could it not also be true that the skeptic denies absolute truth simply because he doesn’t like it and wants to be free to make his own truth? If I doubt or reject things that I have found comforting in the past, it’s not enough for me to console myself with the thought that I am being brave.

It’s not that simple. I must doubt my doubts.

I must consider the possibility that there might be less noble reasons for my doubt and rejection. If I refuse to consider both of these possibilities, then am I really brave? Perhaps Christianity is a crutch, but if I really am a weak, broken person, then isn’t a crutch exactly what I need?

Wrestling with hard questions is something I need to do better and more often. You can help me do that. And by God’s grace, I hope I can help you, too. And as you wrestle, remember that you do not wrestle alone. Your brothers and sisters love you, and we will be here to listen to you and weep with you and pray for you and talk with you.

I would encourage you to persevere in reading Mr. Keller. You will find him worth listening to. And please keep up the discussion. Feel free to raise questions both with Keller and with me. Thank you for including me in your life on this matter.

You thank me for my time, but you don’t really need to, since it’s not really mine. If in two years our positions in this conversation are reversed, I trust you will do the same for me.