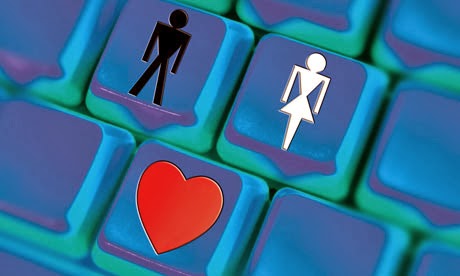 I blame the internet for a lot of things, chiefly for shrinking my attention span and offering me innumerable ways to waste time and money. But I have to give credit where credit is due. Without the internet, it’s hard for me to see how I would have met and married my wife.

No, we didn’t meet on E-Harmony. Still, I think I can cite good evidence for my claim.

Ergo: I owe my wife to John Piper’s sermons. But a couple of days ago it dawned on me that a fourth easy step was necessary for me to have met my wife, namely, the internet.

4) I wouldn’t have heard John Piper’s sermons without the marvel of the internet. True, his books played a big role in my theological shift (especially The Pleasures of God). But it was mostly his sermons on Romans 8 and 9. During my commutes to Vol-State and TN Tech in 2005-2007, I listened to upwards of 400 John Piper sermons–no exaggeration, no embarrassment, no regrets. And I did it without buying a single cassette tape, CD, or MP3 download. Those 400 sermons came to me free of charge through high speed internet download, courtesy of the state college system (we still had dial-up at home in those days).

Now based on the above syllogism, you could argue that this obsessive amount of internet Piper only got me to point of meeting Tilly, not marrying her. And you’d be right. But you can’t marry a girl without meeting her. I’m just sayin.’

Besides, internet Piper is only one factor. I must also credit the internet for securing my nuptial bliss in another way, namely, online chatting. Though we went to the same church, my earliest lengthy conversations with Tilly occurred not face to face, but Facebook to Facebook. This is not to say that I had never had meaningful conversations with her before that time, but those early Facebook chats were a turning point for me.

Tilly is a writer, you see. And I’m a reader. So what better way to get a great impression of a writer than conversing with her through a real-time, written medium? This was a match through a medium made in heaven. I was flabbergasted. It was here that I learned that she was a wordsmith. Moreover, it was here I learned that she was hilarious! If you could have seen me sitting at the kitchen table staring at my computer screen, you would have seen a man on the edge of his seat waiting to see what Tilly would say next.

The rest is history.

So there you go.

I owe my wife to the internet.

True, God could have written my story differently. There are an infinite number of ways for an all-wise God to get two people together. But this is the story he actually wrote, and in this story the internet is a key plot vehicle.

We blame the internet for a lot of things, and rightly so. Its downsides are legion. But considering the role it has played in my life, it can’t help but hold a special place in my heart.

Homework assignment: Do a thought experiment, and imagine how your life would be different without the internet. How would your relationships be different? Your job? Your theology? Your living room layout? Who wouldn’t you be keeping in contact with? Where would you be living? What would you be driving? Would you have gotten your degree?

Sounds like a modern “It’s a Wonderful Life” screenplay in the making.