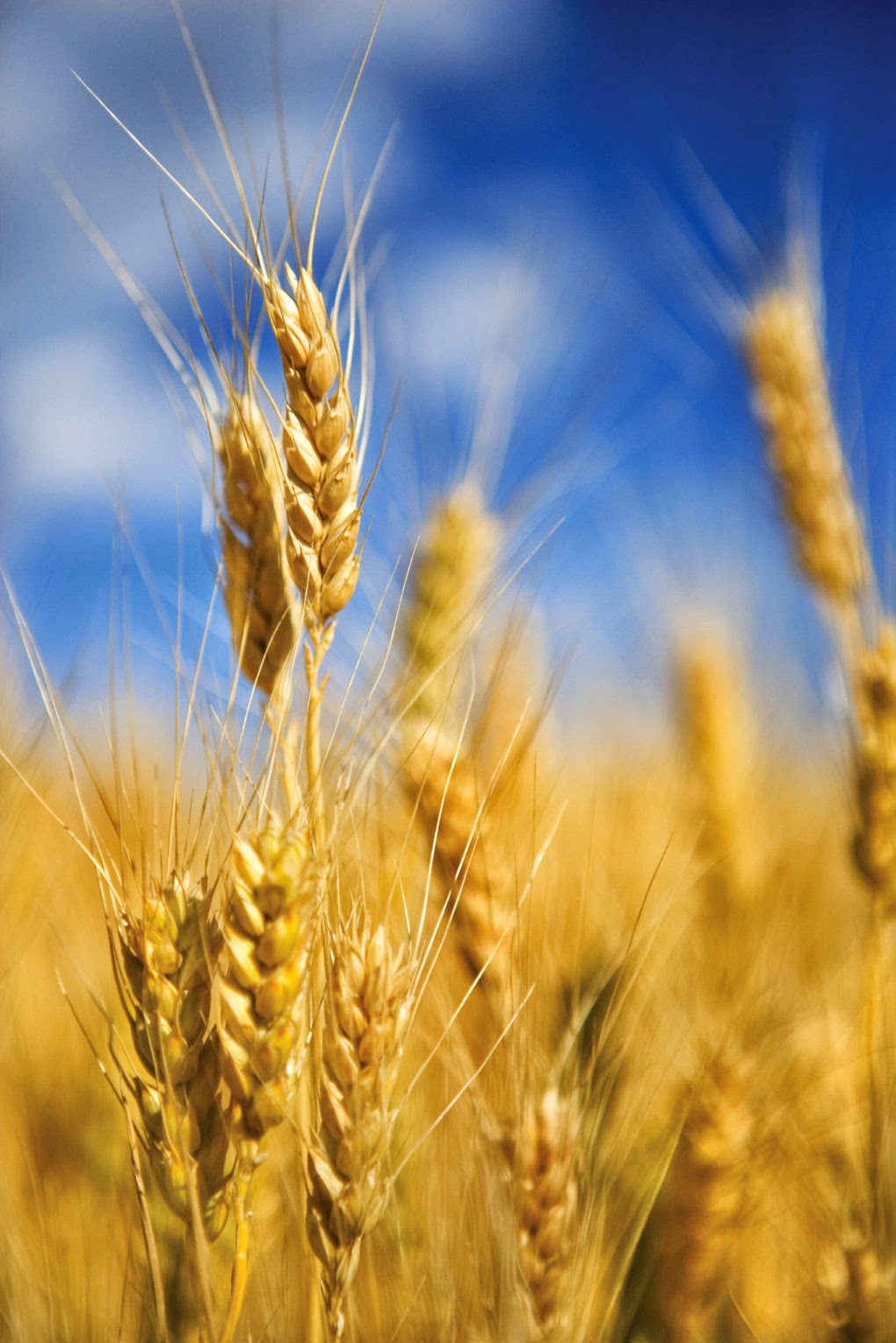 Small town homecoming queen
She’s the star in this scene
There’s no way to deny she’s lovely
Perfect skin, perfect hair
Perfumed hearts everywhere
Tell myself that inside she’s ugly
Maybe I’m just jealous
I can’t help but hate her
Secretly I wonder if my boyfriend wants to date her

What would you say to this girl? Any counsel?
Outwardly, at least, the problem stems from the fact that she regards another person as more attractive than herself. Nothing very unusual here. Most of us could think of plenty of people whom we would regard as better looking than we are (if we think of such things at all).
Possible responses? We might be filled with admiration, contentment, and appreciation. We might be indifferent. Or we might be filled with self-pity, insecurity, or envy. The girl in the song obviously chose the latter path. How we respond to the perception that someone else is our superior in the looks department will depend largely on what kind of value we place on outward appearance.
Biblically speaking, of course, that last category of responses (self-pity, insecurity, and envy) is morally out of bounds. And while indifference is certainly better than envy, our ultimate goal should be a grateful recognition of our neighbor’s good qualities, be they beauty or brawn or brains or whatever.
But as I said, how you respond will depend mostly on how you think about outward beauty. So how should you think? What do you tell someone who is smarting with envy or insecurity or self-pity at someone else’s perceived superior looks? Or if it’s you, what do you tell yourself?
Explaining beauty away
One popular response to feelings of beauty-inferiority is to simply deny the inferiority altogether. Simply say that beauty is in the eye of the beholder, and that everyone is beautiful in their own way.
Let me begin by saying that I don’t think this response is completely without merit. It’s true that standards of beauty are relative to some degree. The pin-up girls from the 18thcentury look a bit different from those of today (indeed, the ideal seems to get skinnier and skinnier). We surely need to be aware of how much our image of the attractive person is shaped by the culture around us.
Having said that, however, I don’t think slogans like ‘Beauty is in the eye of the beholder’ or ‘Everyone is beautiful in their own way’ are an adequate way to deal with beauty-envy.
First, cultural relativity notwithstanding, such slogans are simply too hard to believe in the face of reality. To put it simply, everyone just knows that some people are better looking than others. And the ordinary-looking girl who gets told that ‘Everyone is beautiful in their own way’ will probably suspect that you are just trying to make her feel better. Such lame slogans only slap a band-aid over the gaping wound.
The Bible also recognizes this. There’s a difference between putting outward beauty in its proper place (which Scripture does do) and levelling the beauty field altogether (which Scripture does notdo). Rather than ignoring outward beauty, the biblical authors frequently describe certain people as attractive, sometimes even in contrast to others.
Sarah was “beautiful in appearance” (Gen. 12:11-14), Vashti was “lovely to look at” (Esth. 1:11), Rebekkah was “attractive in appearance” (Gen. 26:7), Esther “had a beautiful figure and was lovely to look at” (Esth. 2:7), and Rachel was “beautiful in form and appearance,” unlike her sister Leah, whose “eyes were weak” (Gen. 29:17).
Same goes for men. Joseph “was handsome in form and appearance” (Gen. 39:6), David was “ruddy and had beautiful eyes and was handsome” (1 Sam. 16:12), and of Saul it was said, “there was not a man among the people of Israel more handsome than he” (1 Sam. 9:2).
These texts all point out how physically attractive some people were. They make no apology for it. Nor do the authors simply mean that these people were beautiful in the same sense that everyone around them was beautiful. If that were the case, it would make no more sense for Moses to mention Sarah’s beauty than it would for him to mention that she had ten fingers.
I’m afraid we must accept the hard truth. The biblical authors are simply confirming what all of us know to be true when we’re not playing dumb or chewing on sour grapes: some people are just better looking than others. The borrowed, fading glory of outward beauty is real, and it is not equally distributed.
Which brings me to my other reason for being suspicious of slogans like “Everyone is beautiful in their own way.” I can’t help but think that such statements are themselves reflections of envy–a way of verbally (though not really) chopping off the tall stalks by telling ourselves that all stalks are tall in their own way. But such pretense requires a conspiracy of feigned ignorance, and most people aren’t fooled by it. As the envious girl in the song conceded, “There’s no way to deny she’s lovely.” Or in the words of C.S. Lewis’s demon Screwtape,
No man who says I’m as good as youbelieves it. He would not say it if he did. The St. Bernard never says it to the toy dog, nor the scholar to the dunce…nor the pretty woman to the plain. The claim to equality, outside the strictly political field, is made only by those who feel themselves to be in some way inferior. What it expresses is precisely the itching, smarting, writhing awareness of an inferiority which the patient refuses to accept. And therefore resents.
We can “tell [ourselves] that inside she’s ugly,” but such thoughts are simply an ugly reflection of our own inward selves.

I’m afraid this won’t do.

Outward beauty is real. It’s a borrowed glory, and some people have more of it than others.
Putting beauty in its place
Having noted how the biblical writers recognize the existence of both beauty and plainness, it it vital to realize that they weigh the value of outward beauty very differently than the world does.
In a chapter discussing the qualities of a virtuous woman, the wisdom-writer notes that “charm is deceitful, and beauty is vain” (Prov. 31:30). In other words, it’s a nice quality for a girl to have, but it’s much better to be a “woman who fears the LORD.” It’s not that charm and beauty are inherently bad; it’s just that they’re both easily abused and overrated by the world.
The inner person of the heart is to be valued more than outward appearance.As the Apostle Peter remarks:
Do not let your adorning be external—the braiding of hair and the putting on of gold jewelry, or the clothing you wear—but let your adorning be the hidden person of the heart with the imperishable beauty of a gentle and quiet spirit, which in God’s sight is very precious.
(1 Pet. 3: ESV)
Notice why inner beauty is so precious: because unlike outward beauty, it is imperishable. Outward beauty is temporary. You’re going to get old and grey and baggy. (Note that the existence of face lifts and Grecian formula also says something about how our culture values outward appearance.) Your outward self is perishing, but your inward self is being renewed day by day (2 Cor. 4:16).
In short, inner beauty doesn’t grey or wrinkle.
The Apostle Paul reasons in a similar way about bodily exercise and training:
…rather train yourself for godliness; for while bodily training is of some value, godliness is of value in every way, as it holds promise for the present life and also for the life to come.
(1 Tim. 4:7-8)
Notice that Paul doesn’t completely pooh-pooh all bodily training. He simply puts it in its proper place. The same thing is true of outward beauty: Scripture doesn’t completely dismiss it. It simply assigns it an ordinate value. That’s the difference between the Bible’s view of outward beauty and the world’s view: the world places an inordinate value on outward beauty. It ranks it higher than it should. It turns the apostles’ counsel on its head, urging people to focus solely on the beauty that won’t even last through this life, much less the life to come.
Worshiping a homely Savior
I concluded an earlier section by saying that outward beauty is real and some people have more of it than others. If this is a hard pill for us to swallow, I suspect that this in an indication that we have already swallowed the world’s inordinate view of beauty.
The more value we place on something, the worse we feel if we don’t have it and the more envious we feel of those who do.
Why do we get so uncomfortable at the thought of being plain Janes or regular Joes? Do we think that being attractive is an indispensable part of being human, like having a soul? I mean, if people regarded you as a sub-human creature without a soul (as the Nazis regarded the Jews), then you would have just cause for being upset, and for protesting, “I, too, am a man/woman.”
But being unattractive or plain does not make you less than human. On the contrary–it so happens that the greatest, most truly human person who ever lived came up short in this area. Using the same Hebrew words that Moses had used to describe Rachel (Gen. 29:17), Isaiah said of the Lord Jesus,
He had no form nor majesty that we should look at him,
and no beauty that we should desire him.
(Isa. 53:2)
Translation: Jesus wasn’t attractive.
Those of you who are, think about this when you’re tempted in vanity to overvalue your looks, as though physical beauty were the be all and end all of human existence. Those of you who aren’t, think about this when you are tempted in self-pity to undervalue your body because it isn’t as beautiful as other peoples.’
Jesus knows what it’s like. He knows how it feels to have no beauty that anyone should desire him. You don’t have a high priest who is unable to be touched with the feeling of your infirmity. He has identified with you in your plainness, just as surely as he has identified with the poor in their poverty.
If we allow Scripture to refocus our vision; if we pull the goddess Beauty down from its idolatrous pedestal and set it in its proper place among the biblical values, then we will find that beauty-envy has no soil to thrive in.
And if we find that God has given us relatively little of this particular glory, then we will be content to make the most of the glories he has given us. And we will be able to respond properly to the greater glory he has given others–not by envying it or resenting it or denying it or lusting after it, but by recognizing and admiring it, just as the writers of Scripture did.

Let GQ and Cosmo think what they will. In the sight of God, it’s OK to be “just the girl (or guy) next door.”
(Visited 82 times, 1 visits today)

1 thought on “Are you envious of beautiful people?”